What exactly is Presbyterianism?

The most popular hymn among Presbyterians has long been “Amazing Grace.”  The most profound faithful response to God’s love is gratitude.  Our Presbyterian faith is well summarized with this quote from the Presbyterian “Brief Statement of Faith”:

“In gratitude to God, empowered by the Spirit, we strive to serve Christ in our daily tasks and to live holy and joyful lives, even as we watch for God’s new heaven and new earth praying, ‘Come, Lord Jesus.’”

At the core of Presbyterian identity is a secure hope in the grace of God in Jesus Christ, a hope that, by the power of the Holy Spirit, empowers us to live lives of gratitude: “In affirming with the earliest Christians that Jesus is Lord, the Church confesses that he is its hope, and that the Church, as Christ’s body, is bound to his authority and thus free to live in the lively, joyous reality of the grace of God.” (Book of Order F-1.0204)

This strong emphasis on the grace of God in Jesus Christ is our heritage from the founder of the Reformed tradition, John Calvin.

The name Presbyterian comes from the Greek term in the New Testament for elder, presbuteros, a term used 72 times in the New Testament. The Presbyterian movement began among Protestants in the 16th and 17th centuries and centered on what form of church government would be appropriate. Some thought the church should be governed by bishops (Greek: episkopos) and became the Episcopalian party, some by elders and became the Presbyterian party, and some directly by the congregation,  which became the Congregationalist party.

What is unique about the Presbyterian Church?

Presbyterians are distinctive in two major ways. They adhere to a pattern of religious thought known as Reformed theology and a form of government that stresses the active, representational leadership of both ministers and church members.

In its confessions, the Presbyterian Church (U.S.A.) expresses the faith of the Reformed tradition. Central to this tradition is the affirmation of the majesty, holiness and providence of God who creates, sustains, rules and redeems the world in the freedom of sovereign righteousness and love. Related to this central affirmation of God’s sovereignty are other great themes of the Reformed tradition:

A major contributor to Reformed theology was John Calvin, who converted from Roman Catholicism after training for the priesthood and in the law. In exile in Geneva, Switzerland, Calvin developed the Presbyterian pattern of church government, which vests governing authority primarily in elected members known as elders. The word Presbyterian comes from the Greek word for elder.

Elders are chosen by the people. Together with ministers of the Word and Sacrament, they exercise leadership, government, and discipline and have responsibilities for the life of a particular church as well as the church at large, including ecumenical relationships. They shall serve faithfully as members of the session (Book of Order, G-10.0102). When elected as commissioners to higher governing bodies, elders participate and vote with the same authority as ministers of the Word and Sacrament, and they are eligible for any office (Book of Order, G-6.0302).

The body of elders elected to govern a particular congregation is called a session. They are elected by the congregation and in one sense are representatives of the other members of the congregation. On the other hand, their primary charge is to seek to discover and represent the will of Christ as they govern. Presbyterian elders are both elected and ordained. Through ordination they are officially set apart for service. They retain their ordination beyond their term in office. Ministers who serve the congregation are also part of the session. The session is the smallest, most local governing body. The other governing bodies are presbyteries, which are composed of several churches; synods, which are composed of several presbyteries; and the General Assembly, which represents the entire denomination. Elders and ministers who serve on these governing bodies are also called presbyters. Presbyteries and synods are also collectively referred to as mid councils. 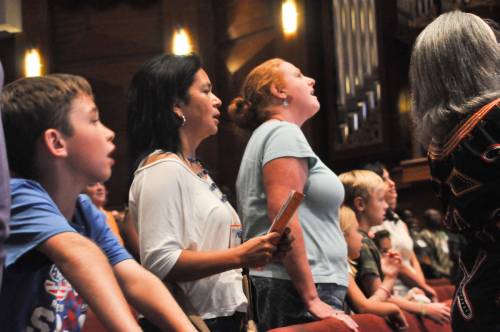 Worship in a Presbyterian congregation, in its shape and content, is determined by the pastor and the session, the church’s governing body. It generally includes prayer, music, Bible reading and a sermon based upon Scripture, prayers of intercession, personal response/offering, and the Sacraments of baptism and the Lord’s Supper.

The constitution of the Presbyterian Church (U.S.A.) suggests that worship be ordered in terms of four major actions centered in the revelation of Jesus Christ: Gathering, Word, Sacrament, and Sending.

“Prayer is at the heart of worship. It is a gift from God, who desires dialogue and relationship with us. It is a posture of faith and a way of living in the world. Prayer is also the primary way in which we participate in worship. Christian prayer is offered through Jesus Christ and empowered by the Holy Spirit. Faithful prayer is shaped by God’s Word in Scripture and inspires us to join God’s work in the world.

There are many kinds of prayer—adoration, thanksgiving, confession, supplication, intercession, dedication. There are many ways to pray — listening and waiting for God, remembering God’s gracious acts, crying out to God for help, or offering oneself to God. Prayer may be spoken, silent, sung, or enacted in physical ways” (W-2.0202).

“The singing of psalms, hymns, and spiritual songs is a vital and ancient form of prayer. Singing engages the whole person, and helps to unite the body of Christ in common worship. The congregation itself is the church’s primary choir; the purpose of rehearsed choirs and other musicians is to lead and support the congregation in the singing of prayer. Special songs, anthems, and instrumental music may also serve to interpret the Word and enhance the congregation’s prayer. Furthermore, many of the elements of the service of worship may be sung. Music in worship is always to be an offering to God, not merely an artistic display, source of entertainment, or cover for silence.” (W-2.0202). 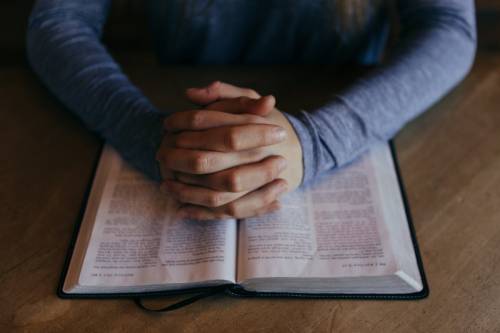 “The Scriptures bear witness to the Word of God, revealed most fully in Jesus Christ, the Word who ‘became flesh and lived among us’ (John 1:14). Where the Word is read and proclaimed, Jesus Christ the living Word is present by the power of the Holy Spirit. Therefore, reading, hearing, preaching, and affirming the Word are central to Christian worship and essential to the Service for the Lord’s Day.

A minister of the Word and Sacrament is responsible for the selection of Scriptures to be read in public worship. Selected readings are to be drawn from both Old and New Testaments, and over a period of time should reflect the broad content and full message of Scripture. Selections for readings should be guided by the rhythms of the Christian year, events in the world, and pastoral concerns in the local congregation. Lectionaries ensure a broad range of biblical texts as well as consistency and connection with the universal Church” (W-3.0301).

“A sermon, based on the Scripture(s) read in worship, proclaims the good news of the risen Lord and presents the gift and calling of the gospel. Through the sermon, we encounter Jesus Christ in God’s Word, are equipped to follow him more faithfully, and are inspired to proclaim the gospel to others through our words and deeds. The sermon may conclude with prayer, an ascription of praise, or a call to discipleship. In keeping with the ministry of Word and Sacrament, a teaching elder† ordinarily preaches the sermon.

Other forms of proclamation include song, drama, dance, visual art, and testimony. Like the sermon, these are to illuminate the Scripture(s) read in worship and communicate the good news of the gospel. When these forms of proclamation are employed, worship leaders should connect them with the witness of the Scripture(s) to the Triune God” (W-3.0305)

In response to the Word, we pray for the world God so loves — joining Christ’s own ministry of intercession and the sighs of the Spirit, too deep for words. These prayers are not the work of a single leader, but an act of the whole congregation as Christ’s royal priesthood. We affirm our participation in the prayer through our ‘amen’ and other responses” (W-3.0308) 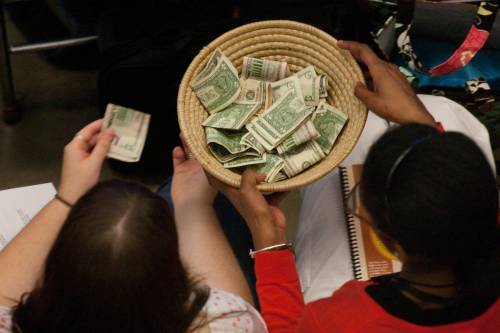 “Christian life is an offering of one’s self to God. In the Lord’s Supper we are presented with the costly self-offering of Jesus Christ for the life of the world. As those who have been claimed and set free by his grace, we respond with gratitude, offering him our lives, our spiritual gifts, and our material goods. Every service of worship shall include an opportunity to respond to Christ’s call to discipleship through self-offering. The gifts we offer express our stewardship of creation, demonstrate our care for one another, support the ministries of the church, and provide for the needs of the poor” (W-3.0411).

“The Sacraments are the Word of God enacted and sealed in the life of the Church, the body of Christ. They are gracious acts of God, by which Christ Jesus offers his life to us in the power of the Holy Spirit. They are also human acts of gratitude, by which we offer our lives to God in love and service. The Sacraments are both physical signs and spiritual gifts, including words and actions, surrounded by prayer, in the context of the Church’s common worship. They employ ordinary things—the basic elements of water, bread, and wine — in proclaiming the extraordinary love of God. The Reformed tradition recognizes the Sacraments of Baptism and the Lord’s Supper (also called Eucharist or Holy Communion) as having been instituted by the Lord Jesus Christ through the witness of the Scriptures and sustained through the history of the universal Church” (W-3.0401).

All material on this page is from the Presbyterian Church (USA) website.